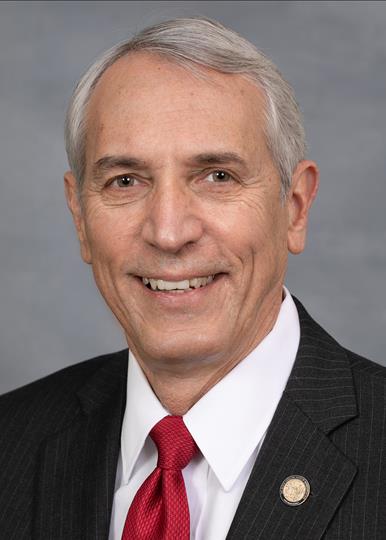 On Episode 77 of the Squeaky Clean Energy podcast, Representative John Szoka reflects on his time in the NC General Assembly and how clean energy became part of his legacy in the state. He talks about his evolution from a non-supporter to a champion of the clean energy industry. Rep. Szoka stresses the importance of bipartisan participation and how it led to the passage of HB951. Read and listen to find out what’s next for Representative John Szoka!

A Change in the Winds

When Representative Szoka originally decided to run for office after feeling discontent about high taxes, his original platform did not have a focus on energy, as many would associate him with today. In fact, much of his energy-related knowledge came about via his experience as a legislator. And at first, he shared concerns that renewable energy would be too expensive for ratepayers. His view started to change, though, when a lobbyist visited his office and shared information about solar energy that conflicted with this perception, leading him to do more research on the topic.

“It was really a great teaching point for me: Don’t think you know everything about something, and always look at both sides [of a discussion]. When I did look at both sides, I clearly saw the benefit of solar back in 2013.” With two engineering degrees from the US Military Academy at West Point and the University of Texas at Austin, he understood where the technology was going and that investing in solar made sense financially.

“The base root of conservatism is to conserve, and renewable energy does in a number of ways,” said Rep. Szoka, emphasizing how clean energy saves money over time. He went on to explain that not everyone recognizes the value of clean energy because they stick to talking points opposed to renewable energy that are not backed by data. Therefore, he emphasized the importance of gathering the facts, talking to experts, and truly understanding renewable energy beyond surface-level information.

Once Rep. Szoka understood the potential benefits of clean energy, he made a concerted effort to introduce policies designed to accelerate clean energy development across the state.

For instance, he advocated for policies and incentives designed to deploy additional clean energy on base at Fort Bragg to help save on operating costs and keep the base off of the Base Realignment and Closure list. Rep. Szoka explained that the Department of Defense is the largest consumer of energy in the world, so even seemingly small savings go a long way. “Governments should be very careful about how they spend taxpayer dollars. If clean energy can help the government be more responsible and save money on bills at all levels, it’s worth pursuing,” he said.

Rep. Szoka further discussed the value of energy efficiency, especially to the taxpayers of North Carolina. In particular, the representative outlined the value of investing in energy efficiency programs for state-owned buildings to cut down on operating costs.  To take advantage of these potential savings, Szoka sponsored House Bill 245: Efficient Government Buildings & Savings Act, a bill that would help move us closer to Governor Cooper’s goal of reducing energy consumption in state-owned buildings by 40% by 2025. The bill has a number of supporters in the legislature but has yet to make it to the finish line. To re-emphasize the importance of this bill, Rep. Szoka shared that many older buildings in the state inventory, especially on college campuses, are very energy inefficient. These are the very buildings that stand to benefit most from energy savings performance contracting that could save taxpayers millions of dollars in energy costs over time.

“Technology and policy should go hand in hand. Policymakers should look at innovations in technology to understand potential benefits and how proactive policy can support it,” he explained. As an example, early legislation in Rep. Szoka’s tenure acknowledged that solar was advancing quickly and necessitated policy to increase deployment and keep costs down. In more recent years, he has been interested in ways that technology and policy can expand the access and affordability of energy for North Carolinians.

Rep. Szoka has announced that after five terms, this year was his last as a representative in the NC General Assembly. He plans to run for Cumberland County Board of Commissioners to continue his career in public service and give back to North Carolinians across the state. In particular, Representative Szoka plans to focus his time and attention on addressing local issues impacting his constituents like water pollution and risks associated with PFAS.

Thanks to his leadership, Rep. Szoka has demonstrated that clean energy can be bipartisan and beneficial to people from all walks of life. His influence will be felt for many years to come, as the legislature continues to explore and advance opportunities for clean energy market expansion and economic development.

NCSEA thanks Representative John Szoka for his years of support and tireless efforts to accelerate affordable clean energy in NC. Listen and subscribe to the Squeaky Clean Energy podcast wherever you stream to hear the full conversation!