This article discusses the Inflation Reduction Act, the single largest investment in clean energy in the nation’s history, and its implications for North Carolina. This far-reaching legislation was signed into law by the President in August after a long series of negotiations in the US Senate. NCSEA celebrates the news and outlines below how this funding will impact ratepayers and clean energy providers alike in the state. 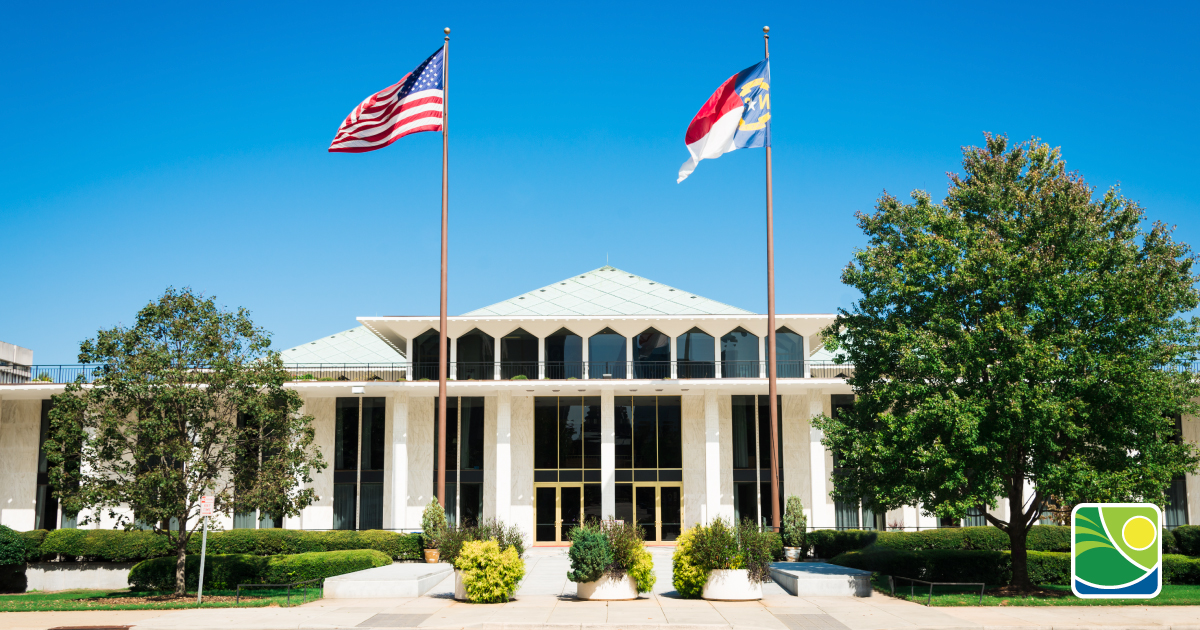 The passage of the Inflation Reduction Act (IRA) marks the most significant clean energy investment in US history, amounting to approximately $370 billion over the next decade. It also provides the market signals and certainty necessary to spur further renewable energy investments and innovation that will increase accessibility, affordability, and jobs across the clean energy industry in NC. The IRA, however, is just the starting point on the road towards achieving significant emissions reductions and a thriving, low-carbon future. Success will require cross-sectoral participation on the national, state, and local levels. Proactive policy will also be integral in supporting the sweeping impacts of these record investments.

A Context of Clean Energy Investments in the US

Prior to the IRA, the last major clean energy investment from the federal government occurred in 2009 to help spur a quick recovery from one of the largest economic downturns in US history. The administration at the time invested $90 billion in a sweeping clean energy stimulus package. This funding helped revolutionize the electronic vehicle (EV) industry, most notably with a $465 million loan from the US Department of Energy (DOE) to a little-known company at the time called Tesla Motors. Even further, approximately one million homes were weatherized as a result, creating clean energy jobs and more resilient communities.

The IRA invests nearly four times as much as this previous stimulus package and comes at a time when the renewable energy and energy efficiency industries are no longer nascent. This means that the measures included in this bill have the potential to dwarf the positive impacts seen across the nation over a decade ago, leading to an even faster proliferation of renewables across the grid.

For the first time, the US is set to experience at least a decade of market certainty for clean energy thanks to an extension of the renewable energy investment tax credits. This will provide industry, business, and consumer confidence for the future of renewables.

Provisions in the IRA and NC-Specific Implications

The IRA, evolving from the administration's Build Back Better Plan, began as a major social spending bill and through a series of negotiations became more narrowly focused on clean energy and healthcare. As a result, the IRA is set to provide widespread clean energy and EV tax credits, jumpstart clean energy manufacturing and innovation, and help consumers transition to an electrified and lower-cost future. Notable provisions and benefits in the IRA include:

As with most things on Capitol Hill, achieving bill passage required compromise. Consequently, the IRA is not perfect, though this is a huge boost to the clean energy economy, creating thousands of new jobs, while reducing carbon emissions on the grid.

Moving Forward with the IRA

The Inflation Reduction Act marks a promising step in the right direction for the NC energy transition. It is set to offer much needed tax credits and rebates to incentivize more people to install solar and energy efficient appliances, drive an EV, or weatherize their homes and businesses. Market signals and certainty will also play a vital role in continuing the rapid growth of the clean energy industry across the country.

Success will require an all-hands-on-deck approach that neither government nor business can achieve alone. We urge clean energy advocates to continue pushing for proactive state policies that encourage cross-sectoral collaboration and innovation. We must also be sure that these initiatives intentionally uplift communities that have been left out of the conversation up to this point. NCSEA celebrates this symbolic step forward and is prepared to continue advocating for a forward-thinking, clean energy economy that works for everyone.