This article features NCSEA member, Sierra Nevada Brewing Co, and a look into a few of its industry leading sustainability/clean energy initiatives in Mills River, NC. Innovation and quality have remained at the core of Sierra Nevada’s business model as part of its 40 plus year history. This continual pursuit of innovation has also led to initiatives that lessen their environmental impact, from on-site renewable energy generation to state-of-the-art closed loop designs. NCSEA and its partners (Asheville Chamber of Commerce, Chambers for Innovation and Clean Energy, and local legislators) took a trip to the brewery earlier this fall to learn more about the intersection of craft beer, clean energy, and community engagement in the mountains. 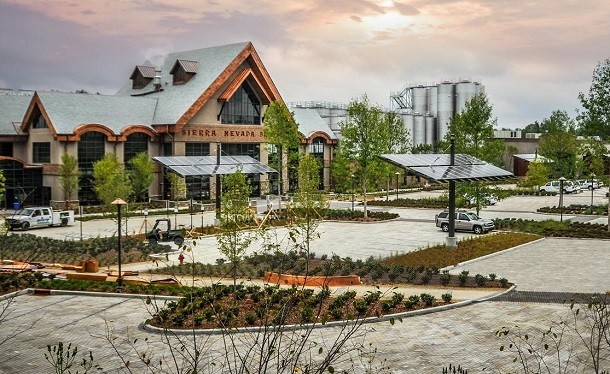 Craft Beer and Clean Energy in the Mountains

The clean energy future of North Carolina requires the collaborative effort of businesses, municipalities, universities, and individuals across the state. One sector that has been quick to embrace the benefits of clean energy has been the brewing industry. Our state boasts nearly 400 of them, from out-of-the-garage-style microbreweries to larger, national players. These resource intensive operations have amplified their investments in clean energy to lessen environmental impact, satisfy environmentally conscious customers, and reduce operating expenses. Sierra Nevada Brewing Co is a prime example of a business successfully supporting NCSEA’s advocacy and economic development efforts to spur a lasting clean energy transition.

The Roots of Sierra Nevada

Sierra Nevada was founded by Ken Grossman in Chico, CA in 1980. Back then, the nascent brewing industry consisted of just about forty breweries, a market that has since skyrocketed to over 9,200 breweries and valued at $100.2 billion. This movement can largely be attributed to the innovative, hop-forward styles of beer that were being released by Grossman and his hand-built brewhouse in northern CA. Over forty years later, Sierra Nevada remains an independent, family-owned craft brewery attempting to brew cutting-edge styles of beer and other beverages that redefine the impact of an operation on the planet.

“We brew the beers we like to drink with a strict eye toward the environment. It’s no secret that beer production is demanding on natural resources, so wherever we can lessen or eliminate our impact, we’ll make that investment,” explained Grossman in an interview with Forbes.

Sierra Nevada was guided by this ethos when it constructed its second location in Mills River, NC, nestled in the Blue Ridge Mountains. It opened its doors in 2015 and became North America’s first USGBC LEED Platinum production brewery a year later. This was a result of a “best-in-class” detailed planning and design process learned from the decades of renovation and expansion at the Chico brewery. 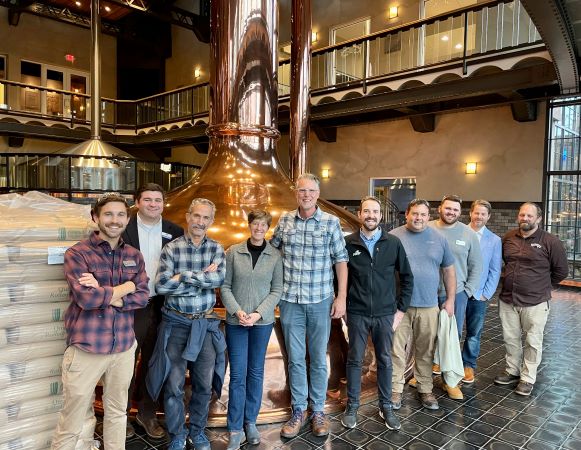 Sustainability steeped throughout the Brewery

Spending time in nature instilled a sense of responsibility in Ken Grossman long before the inception of Sierra Nevada. As such, a dedication to grow the positive environmental, social, and economic impacts within the community was embedded into the company’s culture in both CA and NC. Some notable initiatives include:

Due to higher electricity costs and early regulatory incentives, most of the company‘s solar (2 MW) is found on the rooftop of its Chico brewery. On a sunny day, the facility can also send its excess electricity to a 500 kW Tesla battery system. Sierra Nevada reports that reducing spikes in electrical grid demand has dramatically reduced utility costs and bolstered the reliability of its energy generation portfolio. 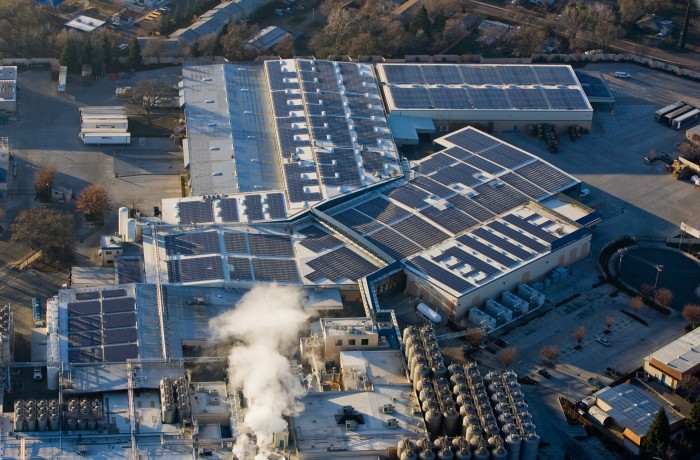 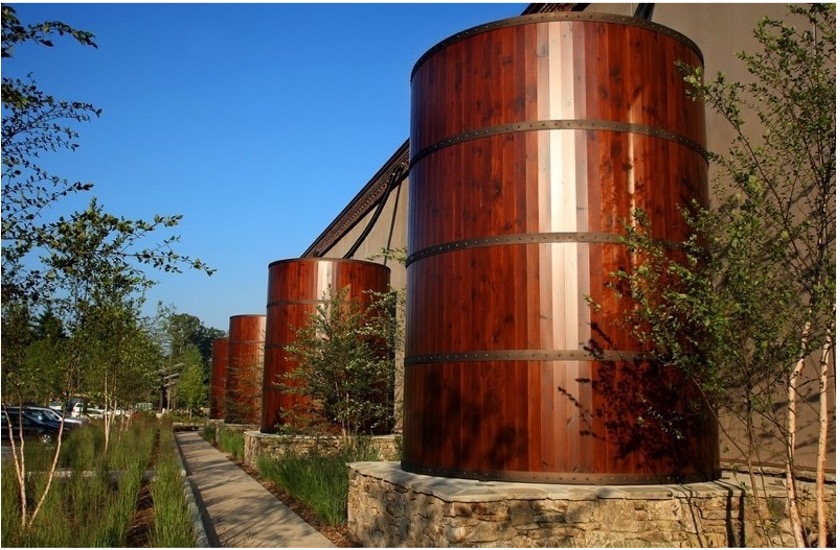 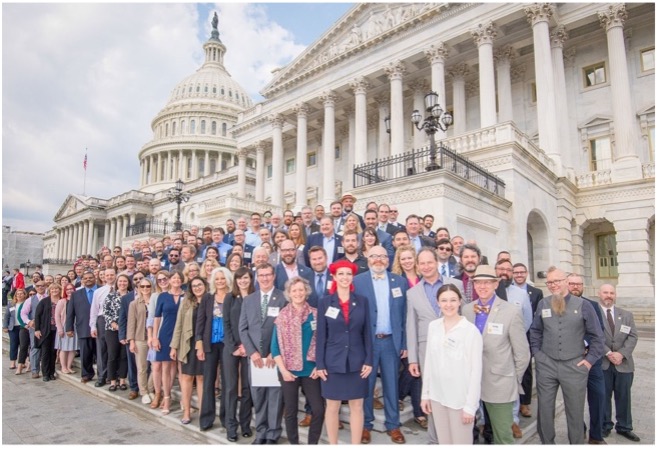 Sierra Nevada hopes to inspire others to increase sustainability commitments by letting their actions speak for itself. NCSEA and Sierra Nevada are aligned in their collective goal of decarbonizing various facets of the economy. In fact, the brewery has been directly involved in clean energy advocacy here in the state of North Carolina. Recently, they signed on to comments filed by Ceres to the NC Utilities Commission in regards to the NC Carbon Plan process. The letter called for a more aggressive pursuit of House Bill 951 mandates to achieve 70% carbon reduction by 2030 and carbon-neutrality by 2050, expressing concerns with Duke Energy’s proposed pathways.

At the federal level, the brewery joined a group of nearly 50 large consumer and industrial businesses signing a letter that called for more ambitious clean energy and advanced manufacturing investments through the Infrastructure and Investment Jobs Act. This push to invest in a clean energy economy came to a head most recently with Sierra Nevada and other leading companies with operations in NC like Cypress Creek Renewables, AVANGRID, Unilever, Schneider Electric, and VF Corporation sending a Business Support Statement to Congress. The Inflation Reduction Act was subsequently passed earlier this year, marking the largest climate investment in US history.

“We’re leveraging our voice and the power of our company to advocate for the things that align with our values,” explained Mandi McKay, Sierra Nevada’s Director of Sustainability and Corporate Responsibility. “We've invested heavily in operational efficiencies and sustainability initiatives within our brewery walls. Helping to also drive systems-level change is an extension of that internal philosophy, but we're ready to take it to the next level.”

Sierra Nevada is part of a growing number of businesses in North Carolina making significant investments in clean energy. To date, there are over 1,224 business-owned renewable energy projects in our state and 86 companies who have set 100% renewable energy goals. NCSEA is proud to tell the success stories of our members and is eager to see what other sustainability initiatives Sierra Nevada and partners have brewing for the future!