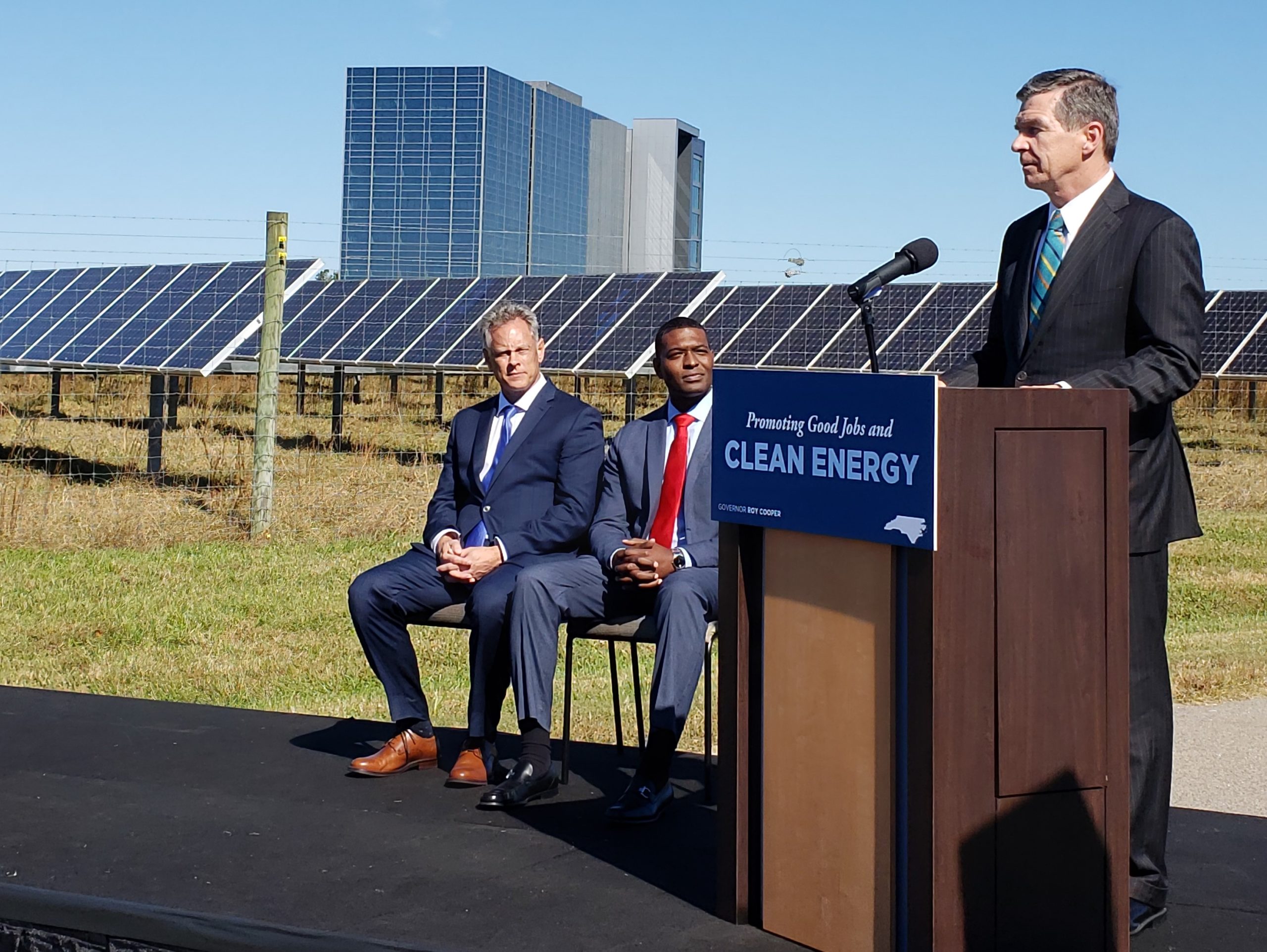 NCSEA is gearing up for its annual Making Energy Work (MEW) conference taking place in Raleigh, NC October 25-27. As a reminder, this event offers an opportunity to delve into the policies driving the future of clean energy in North Carolina. This article features the clean energy priorities of Governor Roy Cooper’s Office. The administration’s Clean Energy Director, Peter Ledford, will be joining us at MEW to discuss these initiatives and what lies ahead for the state. If you haven’t already, be sure to register today!

Governor Roy Cooper has made clean energy a key priority starting with his initial election in 2016 all the way through his re-election in 2020. This success can be widely attributed to Cooper’s leadership and the Office’s ability to effectively navigate legislative processes in a bipartisan, proactive manner. Throughout his term, Cooper has also appointed the most diverse cabinet in the state’s history, bringing more voices to conversations where decisions are made.

In July 2022, Governor Cooper announced that Peter Ledford would serve as his Clean Energy Director. Ledford, previously NCSEA’s General Counsel and Director of Policy, spent nearly eight years steering the path towards a clean energy economy. Prior to his tenue at NCSEA, Ledford worked in the Research Division of the NC General Assembly as a staff attorney and legislative analyst. These experiences have prepared him to take this position of helping Governor Cooper carry out his clean energy priorities as identified via Executive Order 80, which will be covered in more detail in the following section.

NCSEA has been advancing clean energy for over four decades, and in recent years, the industry has experienced unprecedented and mounting momentum. Governor Cooper’s Office has played a major role in helping to propel NC as a national leader in the space while setting the state up for future success. From the passage of historic House Bills (HBs) and signing of Executive Orders (EOs) to demonstrating a commitment to addressing inequities in resource access, some of the notable milestones from this administration include:

Incremental and impactful progress is being made in the quickly evolving clean energy landscape of North Carolina. Clean energy advocates across state sectors are helping pave the way to a low-carbon economy that benefits all North Carolinians. With Governor Roy Cooper’s commitments, along with bi-partisan support in the NC General Assembly, the clean energy sector has a long runway in the state moving forward, further building upon the nearly 100,000 North Carolinians employed in this sector.

To learn more about Governor Cooper’s commitment to clean energy, listen to Episode 50 of the Squeaky Clean Energy Podcast. We hope to see you at Making Energy Work later this month to talk more about many of the EOs and bills highlighted above and how they’re being implemented across the state!