When the Renewable Energy Investment Tax Credit (REITC) was passed in the NC General Assembly with bipartisan support, few could have predicted the economic success this piece of legislation would have across our state. Thanks to clean energy policy such as the REITC and Renewable Energy and Energy Efficiency Portfolio Standard (REPS), North Carolina has seen cost-effective clean energy growth result in economic development in local communities, improved regional competitiveness, and increased energy diversity. 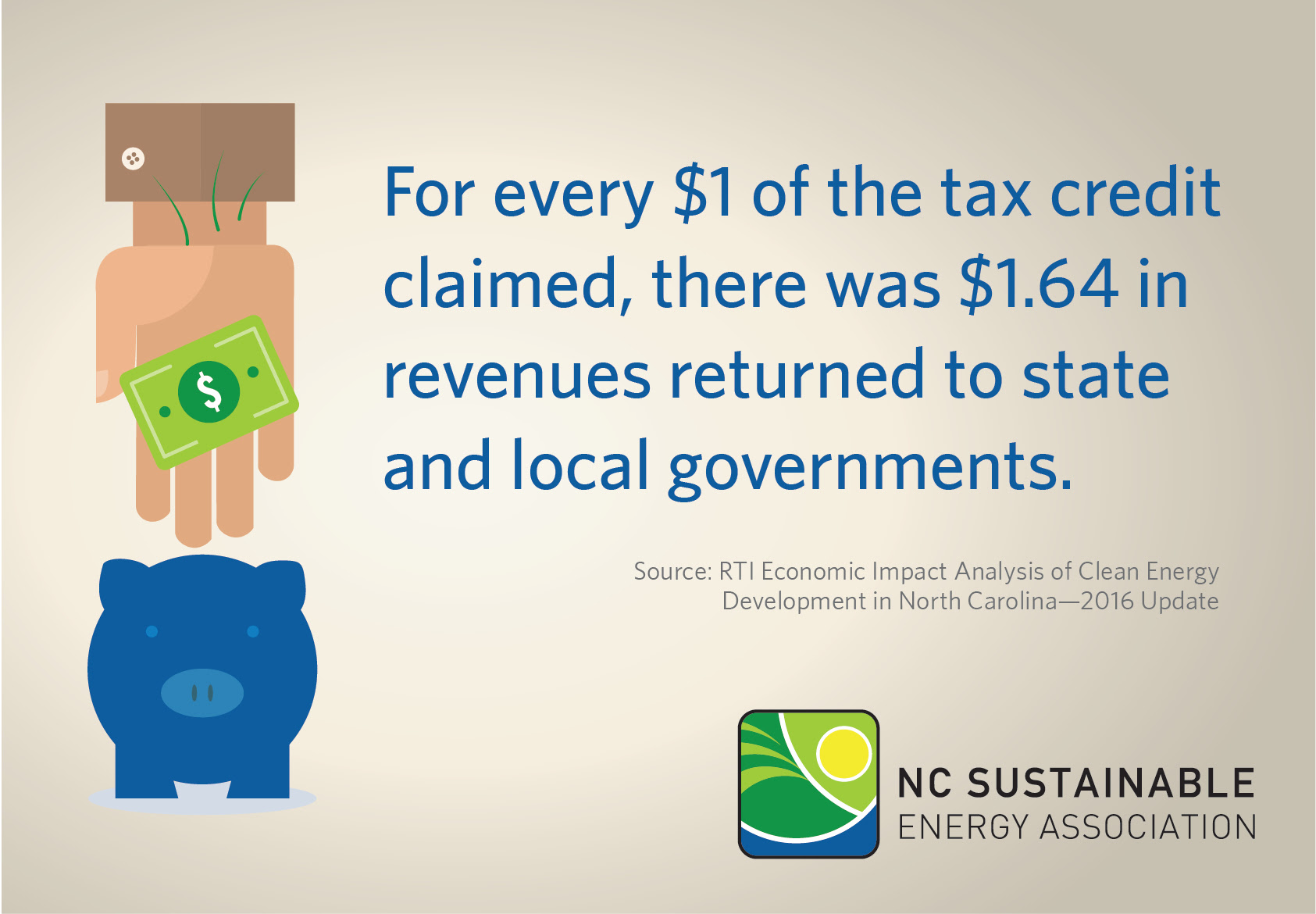 The recent article, “NC gave out a record $245M in energy tax breaks. Here’s who benefited.” mischaracterizes the tax credit’s achievements. By focusing only on the number of credits claimed and not the total economic impact of these projects, the recent criticism is misleading. In 2015, for example, there was over $1.7 billion in new renewable energy projects built, generating substantial amounts of new local and state tax revenues. According to a 2016 RTI International report, rural communities across North Carolina are benefiting the most from clean energy development, with 85% of all renewable energy investments valued at over $1 million occurring in the state’s rural Tier 1 and Tier 2 counties. Additionally, the RTI report found that for every $1 of the tax credit claimed, there was $1.64 in revenues returned to state and local governments.

North Carolina’s clean energy economy now accounts for over 34,000 full-time jobs, $6.4 billion in annual revenue, and nearly 1,000 local firms. Beyond the positive economic impact to state and local governments, clean energy lowers our bills, makes us healthier and more secure, enables us to be better stewards of our land, and bridges the economic disparities between rural and urban communities of our state. Clean energy is a proven, winning solution for our growing state – both now and in the future, and we hope that the NCGA will consider the way clean energy enhances the lives of all North Carolinians as they work toward future comprehensive energy legislation.

*Coming soon: Look for a 2017 update to the RTI report in the coming weeks.